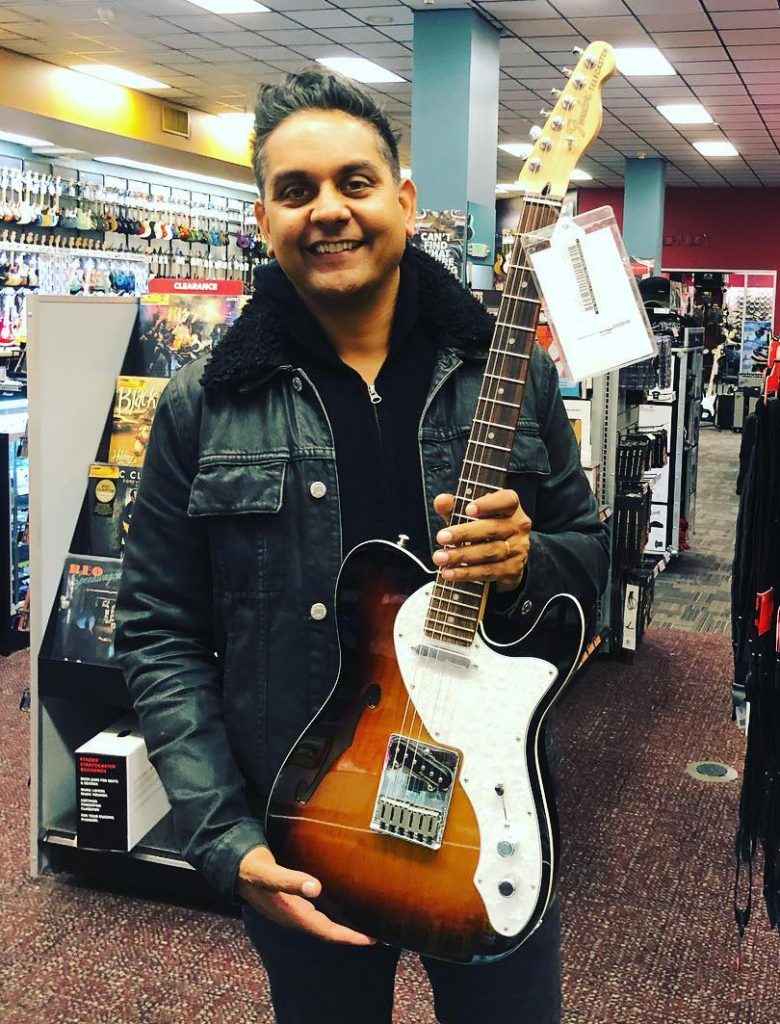 In a moment of weakness at this year’s International Trademark Association’s Annual Meeting (“INTA”), I snuck off to one of Seattle’s many eclectic guitar shops and bought a Fender Thinline Telecaster that I have had my eyes on for some time now. Walking around the shop I noticed a number of guitars whose body resembled — strike that, looked identical to — the body of a Telecaster or Stratocaster, Fender’s other best-selling model. I started playing guitar when I was fairly young, and ever since then I remember Strats and Teles being a large part of the market. The trademark lawyer in me immediately questioned the existence of these non-Fender guitars: were they counterfeit? Do they have some kind of license? Neither of these conclusions made sense.

As it turns out, America’s leading guitar manufacturers Fender and Gibson have both made the mistake of waiting too long before seeking trade dress protection for the unique and recognizable shapes of their iconic guitars. The TTAB decision in Stuart Spector Designs Ltd. v. Fender Musical Instruments Corp., 94 USPQ2d 1549 (TTAB 2009) is instructive. In that case, Fender sought registration of the trade dress for some of its well known guitar body configurations (Telecaster and Stratocaster). In doing so, it faced opposition from a group of other guitar manufacturers who claimed that Fender’s configurations were generic and had not acquired distinctiveness. While all three of Fender’s configurations were used in commerce since the 1950s, the trademark applications were remarkably not filed until 2003. In the meantime, according to the opposers, a litany of other parties made and sold guitars with identical or substantially similar body shapes without any objections from Fender. As a result, the TTAB held that due to the “rampant third-party use” of nearly identical marks for many years and Fender’s failure to police its marks resulted in a situation where consumers could no longer could identify a source. Although Fender presented extensive evidence in support of its claim of acquired distinctiveness, including evidence of long use, substantial sales volumes and advertising expenditures, media exposure, licensing, testimonies and surveys regarding the recognition of the mark, and evidence of intentional copying, the TTAB was not persuaded. It held that Fender was not able to show that consumers with varying degrees of knowledge would or could identify the source of a particular guitar based solely on the outline of the body configurations.

More recently, Gibson’s application in 2014 for trade dress protection for its ES-339 guitar body shape was opposed by a slew of 15 guitar manufacturers on the basis that the body shape is generic and has not acquired distinctiveness. Gibson’s attempt to obtain registered protection for its ES-339 guitar line goes back to 1993, when its predecessor applied to register the trade dress protection of the body shape of Gibson’s ES-335 line. According to Gibson’s advertising material, the ES-335 had essentially the same body shape as the ES-339 but was slightly larger and heavier than the ES-339. During prosecution of the application for registration of the ES-335, the Trademark Examiner refused registration of the ES-335 body configuration because the ES-335 body shape allegedly was not inherently distinctive because it “comprised the standard characteristics of an electronic guitar such as a broad based body, narrow mid-section, and overall curvilinear design,” and the changes Gibson made to these standard features were of the sort regularly made by guitar manufacturers. Further, the TTAB refused registration because Gibson allegedly had not presented evidence of acquired distinctiveness other than a long use of the ES-335 configuration. In support of their claims, the opposers provided an impressive list of dozens of guitar manufacturers who allegedly made, marketed and sold guitars with a body shape allegedly identical or substantially similar to the ES-339 starting as early as the 1960s.

The lesson to be learned here is simple: waiting to obtain federal trademark or trade dress protection can cause crippling harm to any business. Had Fender and Gibson actively pursued registration on their iconic models back in the 1960s or 1970s, their market power would be even substantially greater than what it is today. However, because they allowed third parties to copy their unique trade dress, any trip to the guitar shop includes browsing non-Fender and non-Gibson guitars that look a lot like the originals. Seek protection early and enjoy the fruits of that effort forever.