Working While Mothering; Mothering While Working – Part 1: The Necessity of Paid Parental Leave 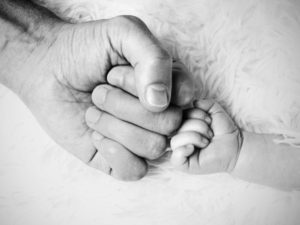 The foremost authority on gender studies in the US, the Stanford Clayman Institute of Gender Research recently found that the average mother makes between 5% and 10% less than she would have if she hadn’t had children and that every child she delivers or adopts decreases her income by 4%.  Compare that to similar research that found that a man’s income increases by 6% for every child he has.  It is called the “Motherhood Penalty.”  But . . . WHY?  WHY?  WHY?

While there are many hypotheses, the prevalent thinking is that when a man becomes a father, he becomes a more reliable employee; but when a woman becomes a mother, she becomes a risky employee with external priorities and an overflowing plate.

There’s so much talk about how mothers juggle it all, find balance, feel guilty, etc. etc.  But why don’t we ask that of the fathers?  I am certain there are fathers who feel the guilt of a demanding job that doesn’t allow them time home with their children or the dad who can’t make it to pick up his child from preschool even once in a full school year, but why aren’t we talking about them?

Recently, I’ve realized that one of the biggest ways for mothers to maintain their job track and credibility at work is if society can take the negative stigma of working mom off the table.  If we take steps to treat both mothers and fathers equally in the workplace, hopefully we can reduce the stigma for everyone – mothers who work, fathers who don’t, and people who choose not to have children at all.

In 2016 EY implemented a new parental leave policy that offered the same leave for mothers and fathers.  While this is more common today, EY was an early adopter of the idea that mothers and fathers need time to bond and care for a new addition to the family.  Now, EY is crediting this innovative policy for the decrease in turnover of women these last several years.  What this really does is take the punishment of taking maternity leave off of women.  When men are taking equal leave as women, women feel less of a stigma for it.

The NYTimes.com has a new section on Parenting.  It is so easy to lambast so much about society today, but isn’t it nice to know that the foremost newspaper in the land is giving parenting equal airtime as Sports?  Several recent articles give credit to the myriad of benefits of a paternal leave.  Serena Williams’ husband Alexis Ohanian credits taking the full Reddit-offered 16 weeks of paternal leave with his close relationship with his daughter, and his ability to complete parental duties historically relegated to moms.  This one, by staff writer Nathaniel Popper, took it to the next level.  When the Times shifted its paid family leave policy to the more contemporary equal offerings for men and women, it allowed his wife to return to work more quickly after the birth of their second child.   He goes on to give credit to paternal leave for more intact marriages, closer ties between children and fathers even a decade later, and more equanimity between parents in the division of household duties.  Nonetheless, most American men still take very little paternal leave.

While the federal Family and Medical Leave Act (FMLA) requires qualified companies to offer 12 weeks of unpaid leave, many American companies and workers don’t qualify for this mandate.   Many states have enacted their own PAID FMLA laws with varying success and implementation.  Despite all of the above, adoption of paternal leave is very slow.  The biggest hurdle to more widespread utilization of paid leave is still the fear and stigma that taking leave will negatively impact a father’s career.

Take the case of my former employer Jones Day, which has been saddled with another lawsuit in this area (the first, alleging gender discrimination against women).  This time the megafirm is being accused of bias against paternity leave.  The plaintiff in the latter case claims that negative statements were said to him about taking paternal leave and that it ultimately cost him his job.  It has been many years since I worked at Jones Day, but it sounds like they could take a page from the EY human resources handbook.

How can we overcome these stigmas?  Several countries are beginning to implement use-it-or-lose-it paid time off for new fathers with some success.  But I fear that we can’t wait for the government here in America.  We need to grassroots this one and chip away at the stigma one story at a time.  So please, share your story of a successful paternal leave and share it widely!

Of course, there are also the unique issues felt by single parents and there are many, I know.  But that’s for another article.