Why Did That Lawsuit Slide Into My DM? By Vivek Jayaram 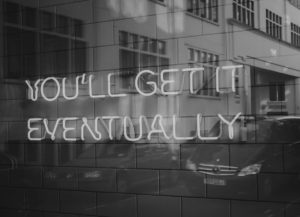 The law generally says that companies need to be served through their registered agent and people need to be personally served with a copy of the summons and complaint in order for a case to move forward.  In some cases, however, this approach is not feasible.  For example, let’s take a look at the garden variety counterfeiting case where the defendants are engaged in counterfeiting activities outside of the United States.  In order to serve a company or individual in Europe or parts of Asia, service through the proper treaty – in many cases, the Hague Service Convention – is required by the Courts.  This process, though effective, takes weeks or even months to process.  If a brand is confronted with the prospect of having a foreign counterfeiter engage in ongoing counterfeiting for months until the Hague Service Convention can be followed, the damage to the brand can be catastrophic.

The solution: service through email or even Instagram.  Earlier this month, our firm was able to obtain a TRO in Federal Court in New York by serving the Defendants by email and Instagram.  The Court was persuaded by our position that the Defendants had been emailing with us for the weeks prior to the filing of the suit.  Due process, as it goes, would be satisfied since the evidence suggested that the Defendants would receive notice of the lawsuit through email and social media.  Although this type of ruling has become more common, it seems to be utilized most in places like New York and California.

While the foreign defendant example is one that is easy to imagine the use of this type of alternative service, courts around the country have also started permitting service via direct message on social media, especially where plaintiffs can show that they have either communicated that way with the defendant in the past, or they can present some evidence that demonstrates that DM is likely to be opened and viewed by the Defendant.

The notion of due process has always changed over time.  Things like service by publication or posting on the last known address are still methods of alternative service used regularly by Courts.  But as the methods of communication among the general population shift, so does the notion of due process.  The legislature has not done enough to combat counterfeiting in the United States (where most of the bad acts take place abroad).  Courts that deploy creative but effective solutions to deal with this problem should be commended for doing their part in helping brands enforce their intellectual property.  So the next time you need to serve an elusive defendant, see if you can convince a Judge that the best way to notify them is through social media.  The cases beginning with Judge Engelmayer’s 2013 SDNY opinion in FTC v. PCCare247 Inc. and most recently in Aime Leon Dore v. Le Garcon Dore (EDNY), courts are exploring new means of implementing alternative service through social media.