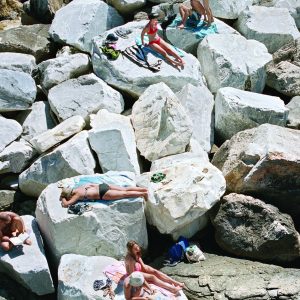 As a former Studio and Special Projects Manager for Turner Prize winner Laure Prouvost, Teri Romkey brings an interdisciplinary approach to her work in Creative Development at Jayaram Law. But when she’s not scoping out our next special project or meeting with the newest wave of tech entrepreneurs coming into Miami, she’s mentoring at Florida International University’s Ratcliffe Art + Design Incubator, and engaged with her fine art practice. Her “Exhibition” Series feels like the perfect way to step into summer.

All of Teri’s work is photographed on film with a single exposure. C-prints from the “Exhibition” Series are approximately 50 x 50 inches. Follow for more on Instagram at @teriromkey. 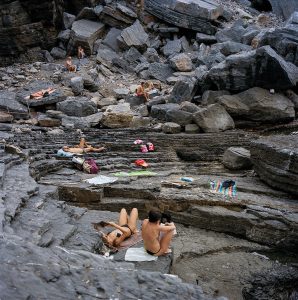 My photographs concern social narratives with an anthropological and environmental consciousness in urban landscape. These textured portraits of inanimate objects and spaces create a documentary portrait of their given communities, through which I address the relationship between ideas of origin, self-expression, and the natural vs. man-made. 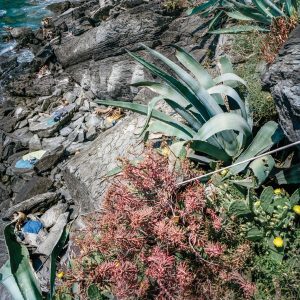 The featured images are from my “Exhibition” Series, which examines issues of public and private experience, voyeurism, as well as the hybridized relationship between identity and environment in a contemporary, transient community. The UNESCO site documented, is generally removed from nominal identifiers of time and place, creating a level of abstraction in a depiction of graphic leisure. 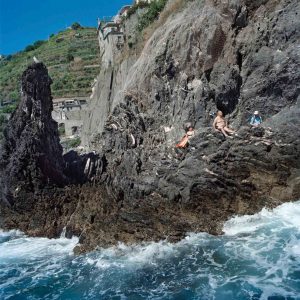 The violent turbulence of this seemingly anonymous, inhospitable, and serrated landscape contrasts with its appropriation by the static languor of the tourists in repose, draped half-naked and semi-conscious in the sun, ripening in a luxurious state of burning.

The initial series enclose the viewer in a tight frame devoid of water, vegetation, sky, and horizon–focusing instead on the texture and language of gesture and context.

Drinking deep afternoon face-down on the rocks, or three-quarters turned in

a somnambulant gaze, private figures sharply held in public space become planes of transfixing chemical color, suspended mid-performance on jaggedly cut stone. Later images in the series open to reveal a sense of the depth, movement, and grandiose scale of the naturally, unnatural environment. Something of a record; something of an exposure. Something real floating in the artificial, something summer.