Trademark Fair Use: When Is It OK to Use Another’s Trademark? 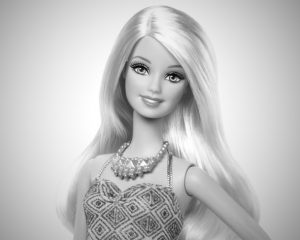 The usage must be for advertising or promotion that permits consumers to compares goods or services, so long as the factors above are met. A common example of nominative fair is seen in comparative advertising: Product A vs. Product B. Nominative fair use can also be seen in parody and noncommercial use, and news reporting. For example, using an image of Barbie in an image commenting on the objectification of women was considered nominative because it was a criticism and parody of Mattel’s mark for BARBIE. Using another’s mark should be done with caution in these instances, and any indication that suggests a trademark owner approved, sponsored or endorsed such usage, or that such usage that harms the goodwill of the mark should be avoided.

2. Descriptive Fair Use:
Descriptive fair use allows one to use another’s mark for the purposes of describing their own goods and services. This occurs not when one is refraining the actual trademark to identify that owner or product, but instead to describe its own products or services. Here, the mark should be used in its ordinary, descriptive meaning to simply describe a product or service. Also, the usage of the mark must be in good faith, and only for the purposes of describing one’s own goods and services. For example, the makers of a cranberry juice were allowed to use the mark SWEETARTS to describe their juice as “sweet-tart.” Here, the mark was being used solely to describe how the juice tasted, and was not related to the trademark for the candy. The purpose of this defense is to ensure that descriptive terms that may otherwise be protectable trademarks don’t prevent others from using the mark in a solely descriptive sense. So, this type of fair use is seen when a mark in question has a clearly understood descriptive meaning.

It’s important to remember that circuits differ as to their analyses of these factors, and it can oftentimes be difficult to ascertain whether a usage is fair or rises to the level of infringement. If you’re concerned whether your use of another’s mark is “fair”, contact a trademark attorney at Jayaram Law who will perform a detailed analysis.