The USPTO v. BOOKING.COM decision and the future of consumer perception evidence for generic marks.

The Supreme Court affirmed that a generic word combined with “.com” can be a valid trademark based on consumer perception. Now what? 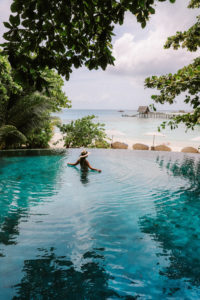 On June 30, the U.S. Supreme Court ruled that a generic word combined with “.com” can create a federally protectable trademark. In its opinion, written by Justice Ruth Bader Ginsburg, SCOTUS overturned the USPTO’s bright-line rule against registering a generic word plus top-level domain combinations, and it opened the door for the owners of others to apply for similar trademarks.

The traditional rule at the USPTO is a complete bar against federal registration for generic marks. That rule was put in place to protect competitors’ ability to use the terms they need to describe their products.

Under the longstanding policy, the combination of a generic term for goods and services with the “.com” suffix did not create a protectable trademark. In other words, simply adding “.com” would not in itself obviate the genericness of a term. Theoretically, this meant that the USPTO considered the generic mark “BOOKING” for an online travel company to be no different from “BOOKING.COM.” A decision that the mark was generic, and not descriptive, therefore left no room for the consideration as to how consumers would otherwise perceive such a mark. However, to many applicants with a mark in the form of “[generic-term].com”, the addition of the “.com” element matters. Further, consumer perception of such a mark was crucial.  This was a major sticking point for the majority opinion.

Trademark practitioners are no stranger to the oftentimes seemingly arbitrary or confusing distinction between a generic and a descriptive mark and how such a determination can factor into the evidence the USPTO will consider in arguing in favor of registration.  Generic marks are unregistrable terms which are just generic names for goods and services. If a brand’s mark is deemed generic, it’s simply out of luck. This means despite lengthy exclusive use of the mark, or extensive advertising done to help consumers understand the generic term as a brand name, the generic term is categorically ineligible for trademark protection. Because the analysis stops at the determination that the mark is generic, for generic marks, such evidence is never considered. Accordingly, no weight can be given to the actual usage of the specific generic mark. Here, the consequences of being precluded from including consumer perception in the analysis meant that despite the 74% of consumers who perceived the mark “BOOKING.COM” to be a recognizable brand name, the travel company could not achieve registration.

On the other hand, descriptive marks, which are marks that merely describe the goods and services, are in certain circumstances afforded federal registration. If a mark is deemed descriptive (and not generic), weight is given to the actual usage of that mark, and consumer perception is considered in the decision of whether or not a descriptive mark is capable of achieving registration. So why does it only matter that consumers have come to understand a mark as a brand name linked to a single source if the mark is first deemed to be descriptive and not generic? Why are brand owners of popular generic marks not afforded the ability to prove that fame? The longstanding crux of such a bar is seeded in protecting competition in the marketplace.

“Because ‘Booking.com’ is not a generic name to consumers, it is not generic,” Ginsburg wrote. A major deviation from the standard treatment of generic marks. Yet one that has been praised by trademark attorneys for its logic. If a hallmark of  determining the strength of a trademark is consumer perception then it would indeed make sense to include that element in the analysis for generic marks as well; marketplace competition issues aside. 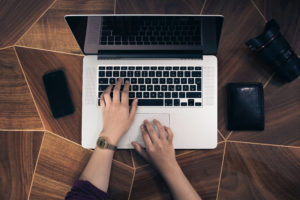 Because the specific issue before the Court considered whether adding “.com” to an otherwise generic term can create a protectable trademark, the ruling only dealt with the consideration given to the element “.com.” Therefore, the court did not explicitly discard the rule that generic words can never be protectable trademarks, even if consumers to perceive them as such.  However, it is difficult to see how that rule can be reconciled with the court’s rationale when the opinion’s premise rejected the genericness of the mark “BOOKING.COM” because the mark was not generic to consumers.

Even though the USPTO is sure to see an increase of filings for marks that pair top-level domains with generic terms, under this decision not all “.com” marks are protectable: consumer perception is key. For now, the USPTO will continue to preclude evidence of fame or acquired distinctiveness for generic marks that don’t contain the element of “.com.” It will be interesting to see the evolution of consideration that will be given to consumer perception evidence for marks that have been historically categorized as generic marks and how this may shape the genericness doctrine overall.

One thing is certain, the advice to brands remains to choose a distinctive trademark. Even if the doors continue to open for consumer perception considerations of generic marks, such a battle can be costly and likely will be reserved for large brands who have been around for years. The easiest way to achieve registration is to avoid generic and descriptive marks and new brands should still try avoiding selecting generic names, even those with the “.com” element, to ensure a seamless road to registration.