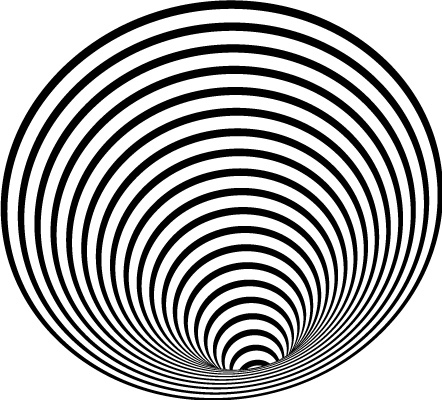 When Andy Warhol’s Estate presented arguments before the United States Supreme Court in September, in its soon to be legendary copyright fair use battle with photographer Linda Goldsmith, it felt like anyone with even a passing interest in intellectual property or art was paying attention. For decades, lawyers and artists alike have been waiting for a seminal opinion of sorts to provide makers and their advocates with a clearer idea of what fair use is and when it can actually be used effectively in defending a claim for copyright infringement.

Funny enough, most of these onlookers did not even realize that an equally meaningful case percolating in an appellate court endeavors to give us all some much needed clarity inside another bucket of IP and art law: when trademarks can be lawfully used to make artworks.  The case, Vans v. MSCHF (the “Wavy Baby” case), involves Vans’ claims against the art collective MSCHF for infringement arising out of MSCHF’s creation and production of a sneaker called the Wavy Baby.

In this case, Vans claims that MSCHF’s Wavy Baby kicks violate Vans’ trade dress in its Old Skool shoes.  In defense, MSCHF contends that the First Amendment allows it to make a parody or satire of the Vans shoe without falling prey to the remedies available to a plaintiff under the Lanham Act (the federal law that governs trademark infringement).  Southern District of New York Judge William Kuntz found that the Wavy Baby sneakers infringe Vans’ trade dress.  In doing so, Judge Kuntz struggled to find that MSCHF had any right to poke fun at Vans through the production of a commercial product.  Instead, he said that “despite the defendant’s claims that Wavy Baby shoes are in museums and galleries for exhibition, the production of 4,306 pairs of shoes places the Wavy Baby shoes on a different mobile footing than the one found at the Brooklyn Museum.” MSCHF has consistently argued that their Wavy Baby sneakers were a parody meant to comment on “sneakerhead” culture, but Judge Kuntz said neither he nor the consumer would understand the joke. “Whatever the actual artistic merit of Wavy Baby shoes, the shoes do not meet the requirements for a successful parody,” he wrote. “While the manifesto with the shoes may contain parodic expression preserved, the Wavy Baby shoes and packaging fail to deliver the satirical message in and of themselves.” 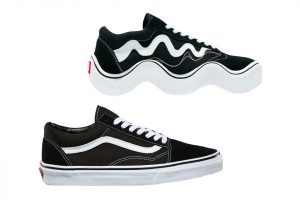 MSCHF immediately appealed. The Second Circuit Court of Appeals ordered the case to be heard on an expedited basis for two reasons.

First, the lower court’s injunction prohibits MSCHF from selling the shoes, creating urgency. And second, the lower court failed to take into account the Rogers v Grimaldi decision from thirty some years ago.  The Second Circuit heard arguments September 28, and a decision is anticipated in short order.  Given the sharp rise in parody and satire involving trademarks (in no small thanks to Web3 creators and a new breed of contemporary artists whose work is influenced by artists like Warhol but also creators like Beeple or Crypto Punks), the Wavy Baby decision has the opportunity to provide creators and brands with some much needed parameters around what is permissible and what is not when incorporating trademarks into expressive content.  Sneaker customizers, Tom Sachs Rocket NFT collectors, and—well—everyone at MSCHF, will be watching closely for the Second Circuit’s decision in the Wavy Baby case.

The concept of artists referencing trademarks in their work is not new.  Four cases are instructive in understanding the issues presented by the Wavy Baby case.

In Rogers v Grimaldi (1989), artist Ginger Rogers sued Alberto Grimaldi and MGM for production and distribution of the 1986 Federico Fellini film Ginger and Fred, a film about Pippo and Amelia, two Italian cabaret performers whose routine emulated the more famous pairing of Fred Astaire and Ginger Rogers. Rogers claimed that the film violated her Lanham Act trademark rights, right of publicity, and was a “false light” defamation. The Second Circuit held that federal trademark law only applies to artworks where “the public interest in avoiding consumer confusion outweighs the public interest in free expression.” In that case, the Court held that the movie title “Ginger and Fred” did not explicitly mislead the public into thinking that Ginger Rogers endorsed the film.

In doing so, this Court determined that a trademark holder can stop an artist from showing their artwork only when the artwork “has no artistic relevance to the underlying work whatsoever…or if it explicitly misleads as to the source or content of the work.”  The Rogers court acknowledged that some people might believe the plaintiff, Ginger Rogers, was associated with the film. But the Court concluded that requiring the filmmaker to change the name of the film would unlawfully suppress artistic expression. In other words, the Court held that the artist’s First Amendment rights outweighed any potential for consumer confusion.

In Cliffs Notes, the defendant created a parody of the popular Cliffs Notes publication series. Like Vans’ argument in the Wavy Baby case, the District Court in Cliffs Notes expressed concern with the “unbridled freedom” the First Amendment would provide to parodists and other artists like MSCHF. It issued an injunction, however, the Second Circuit quickly reversed the decision and found that the public’s interest in artistic expression, which includes parody, outweighs any potential of confusion that may exist in the marketplace (stating that the “keystone of parody is imitation”). 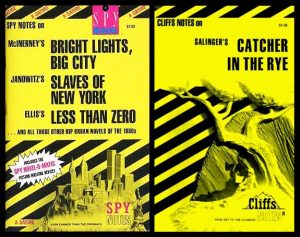 In Twin Peaks, defendant published this book based on the show: 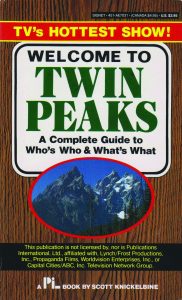 In this case, the Court split the baby here, ruling for the defendants on the trademark claim (First Amendment outweighs likelihood of confusion concerns), but sided with plaintiff on the copyright claim (rejecting the defendant’s fair use claim because they used too much of the plot in writing the book).

With all this back and forth, you can see why some clarity would be key at this point.

Most recently, in 2017, AM General LLC, known for manufacturing the military vehicle known as the Humvee, sued Activision Blizzard, Inc., claiming that Activision closely copied the design of the vehicle for several issues of the popular Call of Duty video game franchise, as well as for repeatedly invoking the “Humvee” trademark and utilizing the vehicle and trademarks in various promotional materials. The defendant argued that the strong protection afforded by the First Amendment warranted the dismissal of the AM General claims.

Using the Rogers Test, the Court held that Activision Blizzard’s interest in presenting military verisimilitude (fancy for true likeness) easily met the low bar for artistic relevance. Furthermore, by using the Polaroid Factors (set of rules determining similarities and likelihood of confusion), the court determined that Activision Blizzard’s use of Humvees was not explicitly misleading. Although some surveys did show some potential confusion amongst users, the fact that AM General was a manufacturer of vehicles and Activision Blizzard was a producer of video games heavily weighed against such assumptions. 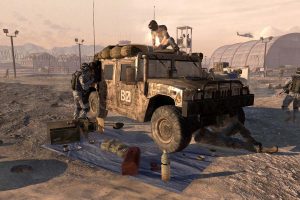 Most commentators and scholars believe that the Second Circuit has the opportunity to say more about Rogers in the Wavy Baby case; perhaps something more that will give artists (and future courts) some guidance on how to handle these difficult cases.

Several artists, academics, and IP groups have filed amicus briefs in the Wavy Baby case (including our firm, who filed a brief on behalf of contemporary artist Daniel Arsham).  The academics and artists essentially argue that “Shoe designers mock, comment on, and pay homage to each other. Those modifications are expressive speech the law should protect.” The briefs lay out many examples of custom shoe designs that are treated akin to works of art and contends that sneakers are an important and fertile ground for art, expression, commentary, and parody.

In order for the Rogers test to apply, the work must be an “expressive work.” The courts have seen the Rogers test applied to movies, plays, books, songs, video games, paintings, prints, calendars, music, pictures, drawings, engravings, sculptures, greeting cards and even dog toys, despite the fact that some of these items are sold in the commercial marketplace. According to the legal academics and artists, the medium of the work does not matter so much as long as the work in question “communicates ideas and even social messages” in a manner similar to other expressive media.

On the other hand, groups like the International Trademark Association (INTA) argue that the Rogers test applies (or should only apply) to “traditionally expressive works”, not ordinary consumer products like the sneakers at issue in the case. These advocates argue that if the allegedly infringing work is not a traditional work of authorship but a utilitarian product (like a dog toy or a sneaker), then the “explicitly misleading” factor under Rogers too strongly shields defendants except in the most blatant of infringements.

So what do I think?

I don’t think that Courts should be deciding what counts as artwork.  But I also don’t think that anyone who claims to be communicating an artistic message should be able to use someone’s intellectual property to do so.  Courts should focus on whether the asserted work contains expressive elements of parody or satire from the point of view of the consuming public for that work.  This should not be difficult or new: in attempting to limit confusion in the market, trademark law often asks jurors or judges to assess two products from the perspective of a buyer of that product or service in the market.  Once a work is deemed to have expressive elements, the Court should decide whether those expressive elements—when presented to the relevant market—are strong enough to limit or eliminate confusion altogether.  If so, the work should be deemed an expressive work and insulated from claims of infringement.

As much or more than any other specific group of creatives in recent memory, Web3 and NFT creators have embraced parody and satire.  Meme culture, trademark heavy parodies, and products laced with satire are all parts of contemporary culture that seem to be gaining steam (surely a product from my generation’s wicked sense of irreverent humor and penchant for irony). Even though it’s a shoe and not a digital product, the decision in Wavy Baby will have a substantial impact on NFT and other digital creators who want to leverage famous trademarks and trade dress for content and product making purposes.

The takeaway? When your speech hits the mark, you better bring the snark.