The Pioneer’s Paradox by Vivek Jayaram 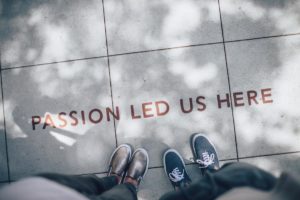 For founders, fundraising is one of the most exhausting and confusing jobs.  And although there’s many ways to finance a company, most startups today will consider one of two options:  a priced round or a non-priced round.  A priced round is a true equity round where the Company and its investors agree on a price per share, and a transaction follows.  A non-priced round – while less familiar to those outside the tech ecosystem – has become the most common way for early stage software companies to raise money for the first time.   Why?  Because using a SAFE or Convertible Note (the most commonly used non-priced convertible instruments) allows a founder to forego the guesswork involved with setting an early stage valuation of the Company.  How much is a founder’s idea, code, and pre-revenue concept worth?  That’s hard to know.  In a 2020 post-WeWork failed IPO world?  Even more speculative.  And this is why investors and founders alike really like using Convertible Notes or SAFEs.   But even after founders identify investors and decide to do a non-priced round, the Pioneer’s Paradox begins: most investors investing through a SAFE or Convertible Note will insist on a valuation cap.  A valuation cap sets the maximum price that the convertible security will convert into equity.  In other words, a founder doesn’t really avoid the valuation question by using a SAFE or Convertible Note; she just has to address it in a different context.

In most cases, a SAFE or Convertible Note converts to actual equity once the Company does a substantial priced round (ordinarily at $1,000,000 raise or more).  So if the Company is valued at $10,000,000 during the priced round that triggers a conversion under the SAFE or Convertible Note, then the noteholders would convert at that price.  As a reward of sorts for taking an early risk on the Company, most Convertible Notes and SAFEs have a discount rate of somewhere between 10-20%.  This means that the Note holder will convert to equity not at that $10,000,000 price, but at a discount off that price.  A 20% discount, therefore, would result in a conversion at $8,000,000.

A whole lot more could be written about the differences between SAFEs and Convertible Notes, and whether or not the discount is applied pre or post money upon conversion, but in addition to all of these terms, a founder also usually needs to provide investors with a valuation cap.  The lower the cap, the better for investors.  How does it work?  In the example above, if the Note holders negotiated a $5,000,000 valuation cap, their investment wouldn’t convert at the $10,000,000 valuation.  It wouldn’t even convert at the discounted $8,000,000 price.  It would convert at $5,000,000 since that’s the ceiling agreed upon by the parties when drafting the Convertible Note or SAFE.  So how do founders figure out an appropriate cap?  In my experience, investors and founders argue about the number, but invariably it’s a combination of someone’s idea of what the value of the Company is today or the projected value of the Company at some point in the future (usually, at a date where the parties reasonably agree that the priced round will take place).  On the one hand, the parties agreed to do a non-priced round because it was likely too difficult to pin a defensible number on the Company’s valuation.  On the other hand, they still need to agree to a valuation cap, which leads everyone back to the question that was too hard to answer in the first place.  This is the Pioneer’s Paradox.

When you deal with these issues on a daily basis on behalf of both founders and investors, it sometimes becomes hard to take sides on the issue of whether a valuation cap really makes sense.  But this issue, overall, seems silly to me.  I have had more than a couple deals start out as a non-priced round, only to see them convert to priced rounds once the valuation cap is negotiated because the parties realize that they are assigning a value to the Company in a way, and so in some circumstances doing a priced round as a result makes sense.  This paradox reminds me of years ago when everyone used Convertible Notes without ever questioning things like an interest rate or maturity date.  That is, nobody really asked why investors were essentially lending money to a Company with interest until a conversion occurred.  This is a major reason why people started using SAFE – because doing so eliminated this strange lender/borrower relationship and created a basic contract that more accurately represented the parties’ agreement that money would be invested and then converted to equity once a valuation was determined in the future.

Similarly, maybe the end is near for valuation caps.  If investors insist on one, maybe it’s worth doing a priced round.  Otherwise, investors still have plenty of upside with a hefty discount rate and other protective provisions and preferred terms.  Agreeing to punt on the valuation question by doing a Convertible Note or SAFE – only to return to the valuation question when addressing the cap – doesn’t make a lot of sense.  But this is the strange world of startup financing, where anything is possible, for better or for worse.