NFTs, I’mma Let You Finish, But…

As blockchain technology booms, it was only a matter of time until artists, musicians, and even social media platform founders—I am looking at you, Jack Dorsey—jumped on the bandwagon by introducing non-fungible tokens (or “NFTs”) to the world. You are probably wondering, what in the world is an NFT? Well, let’s start at the beginning… 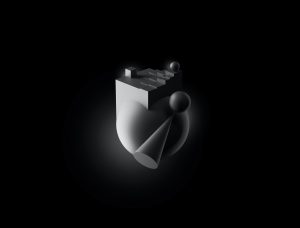 In a nutshell, NFTs are digital deeds memorializing ownership of assets—whether digital or physical (most commonly, pieces of digital art)—and are traded as collector’s items via proliferating auction platforms such as Nifty Gateway and Rarible. These platforms utilize blockchain technology to buy, sell and trade NFTs all over the world. What makes the asset “non-fungible” is the fact that it has an absolutely unique blockchain attached to it which does not have the same interchangeable market nature that traditional cash offers. At their core, NFTs are essentially different from other blockchain assets like Bitcoin and Ether, which are identical and interchangeable.

While NFTs have been on the radar of cryptocurrency aficionados for a few years now, they have picked up a lot of interest in the past several months. Some of the most valuable NFTs ever sold include Beeple’s EVERYDAYS: THE FIRST 5000 DAYS at $69 million; Jack Dorsey’s first tweet at $2.9 million; and CryptoPunk #7804 at $7.57 million. Artists can mint their work into NFTs by uploading a file of their work to a third-party platform such as Opensea.io, which will generate a unique token ID for the NFT displayed on the blockchain, or store it on the InterPlanetary File System, a file sharing system. Are you still with me? I know—it’s a lot up front.

The rise of NFTs has many benefits for creators, such as diversified creative channels, wider and (sometimes) faster recognition, as well as payment for artists. At the same time, NFTs can also serve as financial investments for purchasers, whether seasoned collectors or newly minted patrons. For example, artist Daniel Arsham is now showing the world that NFTs provide a way for creative digital works to continuously change and grow past our lifespans and for future generations through his digital sculpture titled Eroding and Reforming Bust of Rome (One Year). With these ideas in mind, they also call many legal standards into question which lawyers, buyers, sellers, and artists alike should contemplate.

Currently, precedent for copyright law may not offer sufficient standards for the creation of NFTs, since owning an NFT does not transfer copyright protections to the NFT owner. What’s more to consider is that NFTs are internationally exchanged while our copyright laws are governed by the United States. Many hope that NFTs will serve as copyright alternatives, or think that purchasing an NFT could vest copyright protection on themselves. However, recent developments have shown that this may not be the case.

Purchasing an NFT allows the buyer to own a unique token ID etched into the blockchain with a recorded history of transaction and a hyperlink to the file of the artwork. In other words, NFTs are completely separate from the actual creative asset itself. This is a very important distinction because the original creator of a work automatically has copyright when they fix their creative work in a tangible medium of expression such as literature, musical works, choreography, photography, sculptures, film and other audiovisual works, architecture, sound recordings, and more. The holder of a copyright has six exclusive rights: (1) the right to reproduce and copy the original work; (2) the right to create derivative works based on the original; (3) the right to distribute copies to the public by sale, or other forms of transfer like renting or lending; (4) the right to publicly perform the work; (5) the right to publicly display the work; and (6) the right to perform sound recordings publicly through digital audio transmission. NFTs pose a unique copyright issue, in that the purchaser of an NFT does not automatically have any of the exclusive rights noted above absent a separate license from the author of the original work that an NFT represents.

This brings us back full circle: as copyright law stands currently, without other agreements between the original artist as the copyright owner and the purchaser of the NFT, the purchaser merely owns the unique token ID, backed by a transactional record on the blockchain, and the hyperlink to the creative work. Recent litigation around this particular issue involved Damon Dash and the platform SuperFarm, where they advertised and auctioned an NFT of Jay Z’s album, Reasonable Doubt, without rights to do so. This sparked litigation also because a press release apparently conveyed that the rights to future revenue from the album would also go to the auction winner.

Next, security should be considered. Usually, anyone can look into the blockchain record to view the asset and confirm who an NFT is owned by but, interestingly, only the NFT’s owner can verify that they themselves are the owner on the blockchain ledger. On the creator’s end, NFT minters (i.e., the creators of NFTs) have to sign the upload to help link it back to the creator, but minters sometimes lie about their identities across NFT platforms. This inevitably leads to creatives reporting their work as stolen and sold on NFT sites without their permission.. To prevent theft, artists might feel the need to restrict access to their work, which could protect their work from theft, but can also lead to drawbacks for marketing and publicity efforts. Ideally, a strong international legal structure that expands on the Berne Convention and the WIPO Copyright Treaty for the NFT market could alleviate creatives’ (and traditionally branded companies) concerns. It would also ensure that those who want to purchase and sell NFTs are able to do so without needing to be guarded or suspicious of future legal implications.

Additionally, aside from copyright theft, NFT theft in general also needs to be addressed. Since NFTs require digital wallets, hackers that steal the password to a digital wallet, or even just the phone or laptop that the wallet is loaded on, can steal NFTs by transferring them to their own digital wallets. Unlike when physical goods are stolen, this theft is irreversible due to a lack of central authority backing up blockchain technology. Another debilitating scenario for an NFT owner could arise if the company that stores the asset that the NFT represents goes out of business. This would essentially mean that the NFT owner owns a link to a non-existing file, which could be financially disastrous depending on how much money was put into the NFT. A solution to these concerns may be an insurance coverage system for NFTs, which does not currently exist for a variety of reasons. Establishing a sophisticated insurance coverage system for NFTs could add credibility and safety to NFT trading to then garner more attention and interest worldwide. Currently, protection for NFTs is coming from outside of the insurance industry through blockchain-based peer-to-peer networks, which “use a decentralized to outsource the pricing of the risk to a community.” This creates a “prediction market,” an economic theory, to fix the problems of lacking data and volatile value.

So Why Go Through All This Trouble?

While NFTs present an opening to a new world of art collecting creating an entirely new market, solidifying the legal framework around these assets could create a way for those interested in investing to build a financial portfolio around them while mitigating the risk of theft, loss, and even copyright issues that could creep up due to the shakiness of the current foundation. As Icelandic designer, Sruli Recht, recently posted : “NFT art platforms provide a singular opportunity to bypass the politics, bio-ethics, nepotism, asymmetrical economic bias, and dated gallery zaibatsu, by disrupting the art economy stronghold.” NFTs are powerful in that they allow creatives to independently make, exhibit, and continuously earn from their work while reaching a growable audience that have a sincere and eager interest in following the trajectory of their careers.