A look at the albums that make us, us 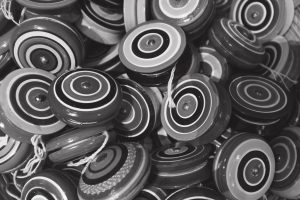 Picture this: imagine you’re good at something. No, you’re amazing at something and it can be anything: writing, singing, playing an instrument, or running a business. There was once upon a time where I was very good at playing with yo-yos. Yes, yo-yos. I know that sounds juvenile, but when you’re 13 years old and competing in regional competitions in yo-yo leagues against adults, I could not help but think, “WOW. I THINK I’M REALLY, REALLY GOOD AT THIS THING.” I never pursued it fully though. I just stopped in high school because I thought it was, well…juvenile. I was “too cool for school” at that point.

For many years of my life I would walk to school listening to music on my CD player, all whilst playing with a yo-yo. I enjoyed those walks, and I remember in my early teens I came across a new music artist that had such a unique sound. His name was Drake. I probably shouldn’t admit this, but after I learned about Drake, I went on BearShare and LimeWire and downloaded every song I could find by this new rapper. I was obsessed!

One thing I noticed, even as a teen, was that Drake was incredibly braggadocious. And yeah, I understand, rappers have big egos—yaddah, yaddah. But this was when Drake was a new artist; before he became the person that we know him to be in 2022. I couldn’t believe some of the things he bragged about: being hip-hop’s best-seller; being the best lyricist; being the savior and revivalist of the hip-hop genre. Could you believe this guy? This was at a time when the crown for the king of hip-hop seemed like it was always being bestowed on someone new every other month. Jay-Z, then Kanye, Eminem, Lil Wayne all dominated the hip-hop scene, but I never really thought Drake was warranted for inserting himself in that conversation of the “best of all time.” But he did. He didn’t stop. In fact, if you listen to his songs now, he’s even more arrogant, but at least today such claims are warranted. Just check his Wikipedia page of accolades. 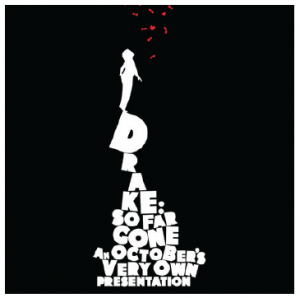 I think Drake is my favorite rapper because I found him at a time when I was so impressionable; pretty much around that time when I was a young teenager and in that, ‘Oh, kiss the ground I walk on’ phase. But, what really makes him so fascinating to me is that despite many of his unwarranted claims of being the best at that time, you could hear in his music that he truly believed in himself, considered himself to be spectacular; worthy of exception because he worked so hard on himself to get to where he wanted to be; to where he knew deep down he deserved to be. To this day, I look back at that young kid listening to his hero and think to myself: look how far I’ve come. Look at what I have made of myself. How much farther can I go?

Maybe we can learn something from him, no? If there’s something you’re good at, whether it’s being a parent, or a business executive, or being a social media star, then I dare you to stick to it. Pursue it.  Don’t stop. Don’t think it’s juvenile. Because that little thing you’re good at is yours and yours alone. I’m not saying you’ll win a grammy or build a Fortune 500 business, but I’m saying you don’t know where you’ll go or what’ll happen if you stick to your guns. Foster your ambition and persevere despite the odds in your face. At the end of the day, at least you can say you tried. And that’s better than not trying at all. Who knows? I could have been the yo-yo world champ by now!