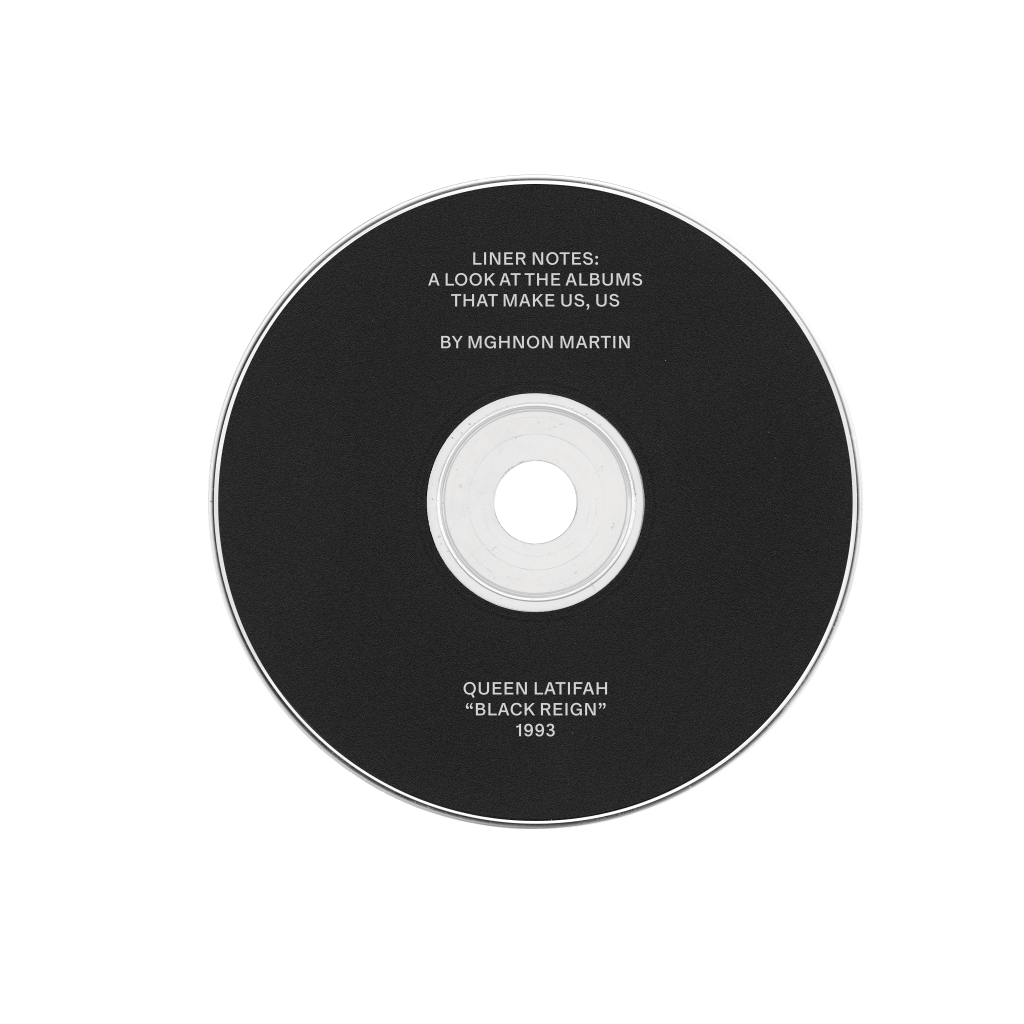 When I was small, my siblings and I lived with my grandparents. We had a small album player with only three “child approved” albums. Shortly before we moved to Illinois, my dad took my two sisters and I to a store and told us we could each pick out a CD. CDs were expensive and I can’t remember having any others in the house, so we knew that whatever we picked would likely be the only music we would get to listen to. My sisters picked out TLC’s CrazySexyCool and Salt-N-Pepa’s Very Necessary. I, myself, went over to the Hip Hop/Rap section and amongst the rows and rows of male talent, I saw a blurry black and white picture of this woman with a puffy jacket and black cap on her head. The image instantly resonated. I had always been a girl who preferred pants to dresses and GI Joes to Barbies; I didn’t know who this woman was, but I knew I had to listen to her music and know more.

The album was Black Reign by Queen Latifah.

My sisters and I listened to that album pretty much every day, making up dances and learning every word. Each and every song was a love letter to Black culture and had a distinctly different vibe. Tracks like Listen to Me sounded like the Reggae my dad loved and shared with us, and others like Just Another Day and U.N.I.T.Y. pushed the current R&B/Hip hop sound (and Queen Latifah’s own voice) forward, while even still Winki’s Theme seemed to be pulled straight out of the realm of big band greats like Hank Jones, Sarah Vaughn, or Nancy Wilson.

In an era where girl groups would limit the “rapper” of the group to an often “radio-cut” bridge of a song, Latifah’s Black Reign switched seamlessly from her sung jazz riffs to spitting the heaviest and hardest rhymes. If anyone dared to challenge her Bronx street cred, features with artists like Heavy D and KRS-One cemented her as a force in an early version of what would become the notable 90’s sound of East Coast Hip Hop. Think Nas, Mobb Deep, and the inimitable Biggie.

In a pre-Internet world, it was hard to find out more about Queen Latifah until I next saw her in the movie Set It Off. I had always liked to sing, dance, and perform as a kid, and I loved that she was a really good actress too. I distinctly remember hearing her voice on Fox, singing and rapping the intro to the television show Living Single, the widely acknowledged forerunner to the show Friends. As the internet became more accessible, I would drink in any chance I could to see Latifah. I became even more fascinated as she continued finding her own path, seeing her sing and dance her way through major musicals, movies and collaborations, breaking ceilings and stereotypes as she ascended a throne of her own making.

She commands every stage, and I love seeing a Black woman like me, with a low voice and baggy clothes, being praised for her talents and not simply judged for her looks. She is my North Star for what a woman who looked like me could be in the entertainment industry, and many of my favorite movies include her as the lead or in a major supporting role. As a singer myself (ask me about it!), I’ve even borrowed her songs for auditions.