Inclusion Riders – Are They Legal? 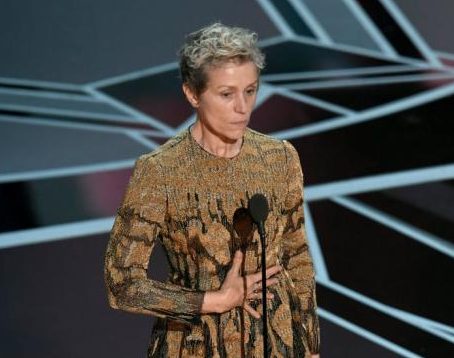 On Oscar Sunday we collectively scratched our heads when Frances McDormand ended her Best Actress acceptance speech with the two words: “inclusion rider.”  Early the next day, Merriam-Webster tweeted “’Inclusion’ is our top search for the night.”  What is an inclusion rider and is it enforceable?  Will these little clauses change the way we experience entertainment in the coming years?

First, a ‘rider’ is a provision of a contract.  Just like in any contract negotiation, when actors negotiate their contracts, they have the ability to insist upon riders that matter to them.  We often think of musicians requiring a certain brand of alcohol in their dressing room, or actors demanding specificity to their dressing room during a shoot.

An inclusion rider is a provision that requires the cast and crew of a film to reflect actual proportionate demographics of women, minorities, people with disabilities, members of the LBGTQ community, etc.  This is a legal construct and was designed to utilize a business contract to further the diversity in entertainment desires of elite or A-list actors.

The inclusion rider was created by Dr. Stacy Smith, the director of the Annenberg Inclusion Initiative of the University of Southern California, with the support of lawyer Kalpana Kotagal and the producer/actor Fanshen Cox DiGiovanni.  Dr. Smith’s work toward inclusion in entertainment involved a study of 800 films produced between from 2007-2015, it analyzed the 886 directors involved and found that only 4.1% of them were women.  As a means to increase diversity in film, she worked with Kotagal and DiGiovanni to design the inclusion rider. [1]

The purpose of the inclusion rider is “to counter biases on the casting, auditioning, interviewing and hiring process. For on-screen roles that are supporting and minor in nature, they have to be filled with norms that reflect the world in which we live,” Smith said. For a drama placed in contemporary time, the make-up should be approximately 50 percent women, 50 percent minority, 20 percent people with disabilities and five percent LGBTQ, she added. Historical dramas where this formula doesn’t make sense would be exempt from an inclusion rider.

But are these clauses legal?

If the inclusion rider is designed as a ‘quota’ (i.e. requiring a certain number of percent gender parity, a certain number or percent minority representation, etc.) it would not likely withstand a legal challenge.  In 2009 the US Supreme Court heard a case about hiring quotas and held them impermissible when an employer has no evidence of job-related requirement tied to the quota.[2]   The Court ruled that hiring quotas are only enforceable when they are facially neutral even if they have an unintended disproportionate impact on a protected class.[3]     An inclusion rider which demands hiring at specified levels for certain demographics would not comport with the Court’s holding and likely be struck down in a legal battle.

But if the inclusion rider is drafted as aspirational, rather than setting out clear numbers, it could be upheld.  For example, a required commitment to a good faith effort to interview candidates of varied demographics, such as the NFL’s Rooney Rule, could withstand legal muster.  The Rooney Rule requires league teams to interview minority candidates for head coaching and senior football operation jobs.

An inclusion rider which requires interviewing underrepresented groups in numbers matched to societal reality sets the desired objective without a quota requirement.  This type of more aspirational language would be difficult to administer or enforce but is a safe step toward the desired goal.