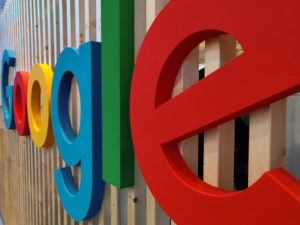 Later this year, the United States Supreme Court will decide whether Google infringed on Oracle when it used Java Application Programming Interfaces (“API”) in creating its Android operating system.   In other words, the highest court in the country is about to answer an extraordinarily important question that effects the lives of virtually anyone using a mobile device today:  can you own the basic commands of a coding language?

To understand why this is such a critical case, it’s helpful to understand what API actually do and how they work. API allow us to share important data between devices, applications, and users.  They are everywhere.   One common API usage relates to weather data.  Robust weather data can be found on all platforms, like Google Search, Apple’s Weather app, or smart home Alexa device.  For example, if you search “weather New York” on Google, you will see a dedicated box at the top of the search results with the current weather conditions and forecast in New York.  Google does not develop its own weather data.  Instead, they source this information from a third party. They do so by using an API, which sends them the latest weather details in a manner that’s easy for them to use and reformat for the Google platform. Similarly, APIs are used frequently for travel services because they make it easy for computers to quickly exchange data and requests for trips and reservations. Without the use of APIs, an employee of the booking service would have to manually email the airline or hotel to find out their availability.  Obviously, that largely defeats the purpose of using software to make the process of purchasing air travel more efficient.

Keeping API “open”, as opposed to requiring a license, allows software developers to freely build applications that work together.  As you can imagine, that practice is the basis of how users use software today.

And now, the lawsuit.  Google bought Android in 2005, which marked the beginning of its ascent into the mobile phone market.  Google made the intentional decision to use Java (and Linux) to develop Android because many developers knew Java well and accordingly did not need to learn anything new to write new applications in Java for the Android operating system (and phone).  In 2010, Oracle sued Google for copyright and patent infringement. The patent infringement claim has since been dismissed.  Oracle argued that Google infringed on its Java API when it used some lines of its code to build the Android Operating System.  Google responded by saying that the API was not copyrightable.  Google argued that the Java API code was merely used to provide external programs with instructions on how to interact with the Android operating system;  it did not meet the “creative expression” or “originality” requirement of the Copyright Act. Uri Sarid, CTO of software integration company MuleSoft, wrote about this case several years ago, “APIs are quite utilitarian, like an ATM machine’s operation: Slide your card here, punch your code there, select from a menu, and expect cash in return. How could that be copyrighted?”

Google prevailed at the first trial in 2012.  Oracle appealed and obtained a favorable reversal before the Federal Circuit Court of Appeals.  The appellate court held that , like a novel, Java APIs are copyrightable.  However, in doing so they said that Google might have a valid “fair use” defense, which partly caused Google to appeal that decision to the United States Supreme Court.  In 2014, the Supreme Court denied Google’s petition for the Court to hear the case, and the dispute went back down to the trial court for a decision on Google’s fair use defense.

Once again, Google won big in the trial court on its fair use defense.  The fair use defense is defined in the 1976 Copyright Act as a limited exception to a copyright holder’s exclusive rights in its use of a copyrighted work if it is “for purposes such as criticism, comment, news reporting, teaching, … scholarship, or research.” Whether a particular use of a copyrighted work is fair, and thus not infringing, calls for a consideration of four nonexclusive factors: (1) “the purpose and character of the use, including whether such use is of a commercial nature or is for nonprofit educational purposes;” (2) “the nature of the copyrighted work;” (3) “the amount and substantiality of the portion used in relation to the copyrighted work as a whole;” and (4) “the effect of the use upon the potential market for or value of the copyrighted work.” The Supreme Court has cautioned against adopting a bright-line rule and has emphasized that all of the statutory factors “are to be explored, and the results weighed together, in light of the purposes of copyright.”  Google convinced the trial court that these factors weighed in favor of a fair use finding.

But Oracle promptly appealed, arguing that: (1) the purpose and character of Google’s use was purely for commercial purposes; (2) the nature of Oracle’s work is highly creative; (3) Google copied 11,330 more lines of code than necessary to write in a Java language-based program; and (4) Oracle’s customers stopped licensing Java and switched to Android because Google provided free access to it.  Once again, the Federal Circuit Court of Appeals agreed with Oracle and found that an analysis of the fair use factors above demanded a ruling against Google.  In doing so, the court concluded that Android competed directly with Java in the market for mobile devices which gutted Google’s “no market harm” arguments. 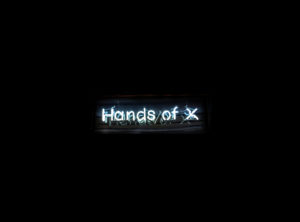 All of this set up the Supreme Court showdown slated for argument later this year.  Outside trade groups and technology companies have filed dozens of amicus briefs in the case, urging the Court to adopt their views on the issue of whether APIs are copyrightable.  Microsoft, a company who has not been shy in their criticism of Google over the years, is supporting the search engine’s position before the Supreme Court.  A quick glance at the docket reveals that Silicon Valley at large is backing Google. That shouldn’t surprise anybody. Several software and technology industry experts have warned that a Google loss before SCOTUS could have an unprecedented effect on the whole computing ecosystem. It could allow companies to copyright and subsequently restrict the basic software interfaces that let third-party developers work with their platforms.  For example, the Center for Democracy and Technology has filed a brief which compares these interfaces to the functions on a remote control. If they become proprietary they argue companies could, “effectively mandate the use of a separate remote control for each device in one’s home.”

Since the point of the United States Copyright Act is to encourage innovation, and not to stop it, many believe that Google’s position is the presumptive winner. Without open access to API we might be taking a step backwards into the “IBM v. Apple” era where compatibility hurdles created several siloed verticals within the personal computing market.

However, there is evidence in the record that Google copied code.  There is also expert testimony that says that Google did not have to copy the code to reach their desired functionality.  Those who support Oracle say that Java’s popularity among developers is due to the ingenious simplicity of its design; a code that should be entitled to protection.  Oracle argues that without this basic protection, entrepreneurs and others will be disincentivized to innovate.

So, what should happen in this case?  Well, while writing this article I opened my Google Chrome browser several times to do some fact-checking and some errands.  Naturally, during these sessions my browser worked with Amazon, Apple, Microsoft, and probably a bunch of other companies too, by communicating through APIs.  I checked my weather app a couple times to see when this summer rain was going to stop.  I logged into my New York Times account through my Google account.  Out of pandemic related curiosity, I also searched flights to Europe on Kayak to see if it would let me purchase a ticket even though Americans are not allowed to fly to many countries today.  I’ve been using APIs for free and without a license all day, month, and for years. From a practical and innovation standpoint, a win for Google seems inevitable.

Google, however, probably copied the code.  If the Court believes that the code meets the extraordinarily low standard for protectability then Google must prevail on its fair use defense.  Otherwise, Oracle’s win before the Federal Circuit will stand and, if it’s even possible, 2020 will get a lot weirder online.

“Write once, run anywhere” was a 1995 slogan created by Sun Microsystems, purchased by Oracle in 2009, to illustrate the cross-platform benefits of the Java language.  A win for Google certainly underscores the importance of that tagline.  Perhaps what Oracle really meant to say was, “Write once, license everywhere.”