In the last month, Facebook, Inc. announced its rebrand to Meta Platforms, Inc., doing business as Meta. The rebrand came at a curious time for Facebook. 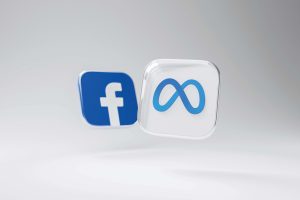 Leaked internal research from the company demonstrated that it was repeatedly made aware of its large role in the spread of misinformation and hate speech; but despite the strange timing of the rebrand, Mark Zuckerberg said it had nothing to do with the criticism Facebook experiencing. Instead, the shift stemmed from a simple push for a more technologically-driven future: a world where shared experiences within the metaverse become increasingly common among people. The Facebook, Instagram, and WhatsApp apps, among others, now all exist under the umbrella Meta brand.

The term “metaverse,” first coined in the 1992 sci-fi novel, Snow Crash, to describe a 3-D space in which people and digital programming can interact in a virtual reality, is becoming a reality. While the metaverse does not fully yet exist and is not yet accessible to all, many aspects of it do. For example, virtual reality and augmented reality technologies are currently accessible features of the metaverse. Meta describes its vision of the metaverse as “a hybrid of today’s online social experiences, sometimes expanded into three dimensions or projected into the physical world. It will let you share immersive experiences with other people even when you can’t be together–and do things together you couldn’t do in the physical world.”

On the day it announced its rebrand, Facebook, Inc. filed an intent-to-use trademark application for  for hundreds of services, including social networking, virtual reality software, augmented reality software, and software for use with digital, crypto, and virtual currencies. And although Meta has clearly stated its metaverse-centric goals and ideas in its press releases and otherwise, and within its over 16-thousand word description of services, it strategically managed to avoid using the term metaverse. This creative drafting of services was likely to avoid receiving a refusal from the USPTO based on the descriptiveness of the mark in connection with its services.

Meta may not have totally avoided any issues at the USPTO. They may still run into a refusal based on a likelihood of confusion with any prior META-formative marks for arguably similar services. Presumably to get ahead of such refusals, Meta is finding ways to avoid such obstacles with earlier priority dates by recording assignments of those marks to itself. For example, “META GAMING STUDIOS” for computer game software, originally filed in 2017 and registered by Pen-Tech Associates, Inc. and “META.” or downloadable computer software for the purposes of pattern recognition and machine learning, claiming a priority date of October 2019 and originally registered by M37 Inc., have both been assigned to Meta as of November 3, 2021.

The USPTO is currently experiencing delays in examination time, so it will likely be a few more months before Meta’s application is reviewed by an Examining Attorney for issues. This gives Meta more time to continue negotiating assignments from prior META-formative trademark owners, advertising its rebrand, and generally building its products. At the very least, it will be quite interesting to watch how Meta works around any trademark issues throughout the new year.