Are My Competitors Allowed to Use My Trademark as Part of an AdWords campaign? 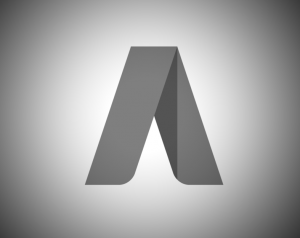 By Vivek Jayaram
vivek@jayaramlaw.com
When you type your company’s trademark into Google, you might see paid ads for some of your biggest competitors.  If so, there’s a chance that your competitors are using your trademark as part of an overall AdWords campaign.  The question is whether this trademark use in Google AdWords constitutes trademark infringement.
Google has been sued by trademark owners over 50 times in the last ten or so years on this basis, but trademark owners have rarely won, in part because courts have accepted Google’s contention that Google is not the advertiser who is ultimately responsible for the legality of the advertisement.  Two more recent cases, however,  illustrate the potential trend in finding liability under these circumstances.
First, in one case Rosetta Stone alleged that it suffered from considerable consumer confusion since 2009 when Google AdWords began allowing competitors to use third-party trademarks within advertising text. Rosetta Stone presented evidence that not only was it likely that consumers would be confused by the use of their trademark in ads for other language-learning products, but that in fact consumers had been confused. They reported 190 cases of counterfeit products being sold by competitors under the Rosetta Stone name in the first seven months after Google’s policy shift. In addition, Rosetta Stone presented testimonials from five sophisticated, internet-savvy consumers who had thought they were buying Rosetta Stone products but instead bought counterfeits.  Tellingly, two of Google’s in-house trademark attorneys, when shown search results for the keyword “Rosetta Stone”, were unable to determine which were links for authorized dealers of Rosetta Stone products.  The Fourth Circuit held that the trial court erroneously dismissed Rosetta Stone’s claims, finding that whether Google was liable for dilution of Rosetta Stone’s mark was a triable issue of fact. However, as the case ultimately settled, there never was a final judicial ruling on the ultimate question of actual infringement by Google.
More recently (and I think more importantly), on May 2, 2017, Tipsy Elves, LLC filed suit in the Southern District of California against Ugly Christmas Sweater, Inc. (“UCS”), alleging that UCS had used Google AdWords to generate sponsored search results that included “Tipsy Elves,” for which the Plaintiff held a federal trademark registration in Class 25 clothing, as the lead phrase in the ad-captioning for UCS’ clothing products.  Tipsy Elves filed a dismissal without prejudice on June 16, 2017, suggesting that the case has now been settled, and perhaps bolstering the case for taking a more direct approach in addressing a competitor’s alleged infringing use of one’s mark.
These two cases teach important lessons in this emerging area of trademark law.  While it’s unlikely that a claim against Google would be successful under the current landscape, these cases at the end of the day must be analyzed using the familiar likelihood of confusion standard; if a trademark holder can demonstrate that consumers have been confused (with the type of evidence put forth in the Rosetta Stone case), then they might be able to successfully bring claims against that competitor (as in the Tipsy Elves case).
However, until a court makes a ruling that this type of advertising strategy leads to consumer confusion, you can expect that competitors will continue to use their competitors’ trademarks as part of their AdWords campaigns.