How big is the market for non-fungible tokens (NFTs)? In Q4 2021 alone, crypto collectors bought and sold $11 billion worth of NFTs—a figure roughly equivalent to what the entire contemporary art market sold during the same period.

But even as the NFT market has exploded, it has also run into a problem familiar to the art and luxury goods markets: counterfeit works. Many experts have said that OpenSea—the Amazon of NFT marketplaces—has conceded that approximately 80% of the works on its platform are not authentic. This is unacceptable and reflects a failure to pass laws that would help protect creators and brands from bad actors exploiting the NFT gold rush.

OpenSea, which has a staggering $13.3 billion valuation, is the biggest of a growing number of marketplaces that allow anyone to sell NFTs to collectors around the world. They have built much of this value on the backs of working artists, who hoped that the platform would provide them with a new way to earn a living. And while OpenSea remains the most popular place to mint and sell NFTs, it has quickly become a counterfeit machine where fake works by famous artists and creators outnumber authentic works. I can attest to this firsthand. A few weeks ago, an upset client phoned me, saying “Vivek, I see over 1,000 fake NFTs of my work for sale on OpenSea. What can I do about this?” The answer can prove frustrating. If a creator spots a fake NFT on OpenSea or similar platform, she has to provide it with “specific knowledge” of the infringement. Once the platform has this knowledge, the law requires it to try to “expeditiously” delist the works for sale. So what’s wrong with this process, which has been used for decades to remove inauthentic listings from places like eBay, Instagram, and Pinterest? For starters, it’s not effective or efficient. At our law firm, the process often unfolds like this: a letter is sent to the NFT marketplace, leading it to delist the infringing works. A week later, however, a new seller will often pop up offering the same fake works, leading to yet another letter from our firm. Unfortunately, the NFT marketplace can simply claim they had no “specific knowledge” of these new listings until they received the second letter—creating an endless game of whack-a-mole, where sellers jump from account to account, flooding the marketplace with thousands of fakes over time.

There are two obvious steps governments can take to address the problem of counterfeit goods—now including NFTs—which have plagued American IP holders since the Internet became a meaningful place to transact business. 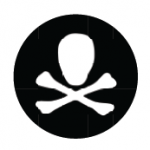 First, Congress can heed growing calls to revisit and revise the immunity provided to website operators under a law called Section 230 of the Communications Decency Act (the “CDA”). Under the CDA, website operators like OpenSea can claim immunity for a variety of conduct that may occur on the site and for which they lack specific knowledge.

Over the years, the Section 230 regime has generated some outrageous results, including a federal case filed last year against a website called Omegle. This site, which is a breeding ground for child abusers, successfully deflected claims of negligence and possession of child pornography by invoking Section 230 immunity—and claiming they lacked specific notice of what was taking place on their website.

To be clear, Section 230 immunity does not apply to claims for intellectual property violations. However, in assessing secondary liability claims for copyright and trademark infringement, federal courts have taken a somewhat analogous “230-like” approach in applying the Copyright Act to marketplace infringement; these courts conclude that if website operators do not have “specific knowledge” of infringement, they will not be held liable for the fakes sold on the website.

Absent a letter that brings specific violations to their attention, operators like OpenSea are free to scoop up transaction fees while conducting no due diligence about the products sold on their website. Remarkably, OpenSea told the Wall Street Journal in February it would let anyone mint unlimited NFTs without checking to ensure that the works minted are not infringing, fraudulent, or counterfeit.

Congress should revisit Section 230 as well as the relevant copyright and trademark statutes to oblige the likes of OpenSea and eBay to do more to prevent unscrupulous sellers run loose in the market. In the NFT context, it would be simple for Congress to require a marketplace like OpenSea to verify the identity of wallets attempting to mint or sell NFTs. 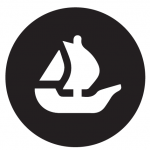 The other obvious step the government can undertake to clean up the counterfeit problem is to incentivize OpenSea and others to better police themselves.

The SEC is already asking for information from companies engaged in the sale of NFTs, and paying special attention to ventures engaged in the practice of “fractionalizing” NFT ownership. The point of this information gathering is twofold: (a) to promote an open dialogue between companies and the agency; and (b) to potentially provide companies with a problematic model to self-correct in lieu of any formal enforcement action.

It is almost always easier for companies to implement a plan on their own rather than to carry out one handed down by regulators. Marketplaces and website operators could, for instance, implement some authentication process (much like PayPal or Venmo) to ensure a seller hasn’t been subject to an unusual amount of takedown requests or other illicit activity that suggest ties to counterfeiting.

Self-legislation is nothing new to Web 3 entrepreneurs. Take, for example, the resale royalty available through the smart contract governing purchases on OpenSea. This resale right exists in the law of over 70 countries but, despite decades of lobbying, not in that of the U.S. But OpenSea provides such a right through the smart contract governing its sales and resales of NFT—proof that platforms can enact steps to benefit creators even without a government directive.

OpenSea is a leading Web 3 company but, to cement that role, it must show that it can avoid the counterfeiting and disregard for creators that came to define eBay and many Web 2 companies. Just as StockX (for rare sneakers), the RealReal (luxury clothing) and other major resellers have become known entities for their innovative authentication practices, having this reputation can ensure that OpenSea remains a major player in the NFT space for years to come.