A Word From Vivek 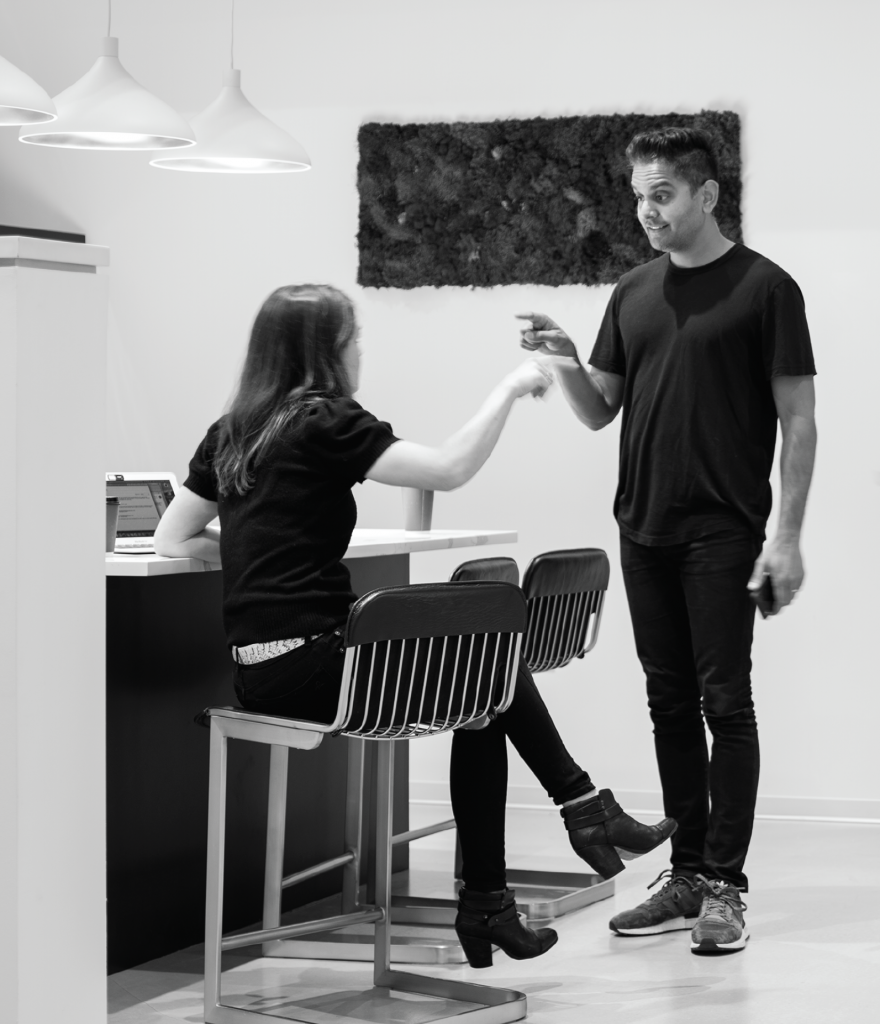 “Sure, she’s interested in breaking things as much as the next disruptor; but she’s equally interested in fixing them, too. And that’s what she has done here over the past 4 years: recruited a majority female workforce; carried forward of culture that not only tolerates but celebrates its differences; and she represents legions of female founders who are creating new kinds of corporations that no longer rely on outdated theories of success.”

I have been thinking a lot about 1991 lately.  I was a young teenager, and although I had no clue or perspective at the time, I know now that our country was changing.  Young people were hungover from the Reagan and Bush eras, concerned that they wouldn’t achieve the success of their parents, and fed up with corporate greed and a macho culture that became popular throughout the United States.  The Gulf War was in full swing, and the economy was sluggish due to high oil prices and extraordinary debt incurred by Americans during the 1980s.  There was angst in the air and MTV was seemingly broadcasting the movement in real time.  Songwriters like Michael Stipe and Kurt Cobain released timeless records about feminism, LGBTQ rights, and corporate excess.

Generation X, a label given to those born roughly between 1965-1980, had no interest in carrying the torch of their parents.  Instead, we were moved deeply by the lyrics we heard on these records, and – as it turns out – began a journey to change the world by transforming these angsty anthems into action with themes ripped straight from MTV’s Buzz Bin:  tolerance of difference; support for women; mistrust of authority and big corporations.  Our parents confused this distrust with laziness, a misunderstanding clearly disproven by the most extraordinary technology revolution in the history of the world that followed; a revolution largely built by some of the most hard working and innovative GenX’ers on the planet.

Thirty years later, Generation X is starting to run the world.  And I’m proud to say that we’re running this firm too!  Earlier this year, my pal and partner Wendy Heilbut was named Managing Partner of Jayaram Law.  As Managing Partner, she’s responsible for so many things here: recruiting, managing our staff, organizing our workflows.  But the real reason I think she is perfect for this role is because – had we known one another back in 1991 – we would have been in the veritable (or actual) mosh pit together, dreaming of a world with parity, equality, and sustainability.  Sure, she’s interested in breaking things as much as the next disruptor; but she’s equally interested in fixing them, too.  And that’s what she has done here over the past 4 years: recruited a majority female workforce; carried forward of culture that not only tolerates but celebrates its differences; and she represents legions of female founders who are creating new kinds of corporations that no longer rely on outdated theories of success.

In this issue of The Innovator, I hope you will learn a bit more about Wendy and her importance to our firm.   You’ll also read about some of our younger lawyers’ take on what it means to be a lawyer for creatives.  As always, we share with you stories about some of our clients, including an Olympic swimmer, and are happy to introduce you to some of the new faces that Wendy has helped bring aboard.

I was chatting with our friend Derrick Adams a few weeks ago.  Derrick is, if you do not already know, a renowned visual artist whose work references patterns, images, and themes of Black culture in America.  He’s also a professor.  When our conversation drifts to the new powerful works hanging on his studio walls in Brooklyn, he tells me that many formally trained artists make work that responds to or comments on the various periods of art that are familiar to the academic world: renaissance, impressionism, realism, to name a few.  Derrick, however, prefers a different approach.  He makes art that fills a void in the world as he sees it.  In other words, “I make art that I want to see exist in the world.”

Thirty years on, Wendy and I see things like Derrick – we aren’t really interested in replicating the success of others.  We’re interested in making something for creatives and entrepreneurs that we have always wanted to see exist in this world.